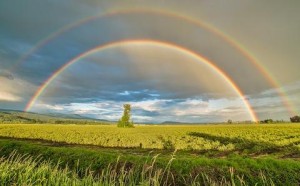 She is quoted as saying, “Goodbye to all my dear friends and family that I love. Today is the day I have chosen to pass away with dignity in the face of my terminal illness, this terrible brain cancer that has taken so much from me … but would have taken so much more,” Brittany wrote on Facebook. “The world is a beautiful place, travel has been my greatest teacher, my close friends and folks are the greatest givers. I even have a ring of support around my bed as I type …. Goodbye world. Spread good energy. Pay it forward!”

Contrast her decision with that of Lauren Hill, 19 years old, also diagnosed with a terminal illness called DIPG (Diffuse Intrinsic Pontine Glioma) which is inoperable and with a zero survival rate. Lauren not only chooses to live but this St. Joseph University freshman played basketball on the very next day that Brittany Maynard chose to die.

“On Sunday, Lauren Hill played her first and only college basketball game despite her rapidly declining health. She did it in front of 10,250 watery-eyed locals, with a few celebrities to boot. She scored a layup on the first possession of the game, and scored another basket just before the final buzzer. The game was held at Xavier’s Cintas Center, and MSJ beat Hiram 66-55. It very well could have been held at Paul Brown Stadium if not for the Jaguars/Bengals game — the only difference would have been that there would have been more tears.

On the way to the game Sunday, I watched my 8- and 9-year-old daughters in the back seat of the car, innocently tapping away on an IPad, fussing over whose turn it was to play. Ten years ago, that was Lauren. Lauren probably sat in her parents Brent and Lisa Hill’s backseat, no doubt fighting with her younger siblings, Nate and Erin, on the way to who knows where.” (Per Chris Mack, Special for USA TODAY Sports November 3, 2014.)

Lauren wishes to live as long as possible to publicize her illness with the hope that researchers may eventually find a cure so others may not die from DIPG.

Did one choose life thinking of others while continuing to suffer, while the other chose death concerned only with self? Regardless, it is a sad situation in both cases.