This issue addresses the New York Times special section on women’s rights, as well as the 2019 March for Life.  It also highlights the litigation against the Little Sisters of the Poor, and two new Christian movies that will appear soon in theaters.

NYT Editors vs. Rights of the Unborn

In a special Sunday (1/20/19) section titled “A Woman’s Rights,” the paper’s editors mount a case against giving personhood rights to developing babies. Of course, they don’t ever use the words “developing baby” but use, instead, “fetus”. The unabridged Oxford Dictionary defines fetus as (1) offspring, and (2) the young of viviparous animals in the womb. In other words, “fetus” can be applied to animals as well as humans. So pro-abortionists use that word instead of saying the young animal or, in our case, the young person in the womb. Shouldn’t the prestigious newspaper use the more accurate term, “baby in the womb”?

The editors worry about “a deep shift in American society … toward the embrace of a relatively new concept: that a fetus in the womb has the same rights as a fully formed person. …The idea has … begun not only to extend rights to clusters of cells that have not yet developed in viable human beings but also to erode the existing rights of … women.”

The paper goes on to say that the idea of fetal rights is a reaction to the Roe v. Wade decision. It cites the words of then-presidential candidate Ronald Reagan, who had previously supported abortion rights in California: “With regard to the freedom of the individual for choice with regard to abortion, there’s one individual who’s not being considered at all. That’s the one who is being aborted.”

The Times piece states disapprovingly that “at least 38 states and the federal government have so-called fetal homicide laws, which treat the fetus as a potential crime victim separate and apart from the woman who carries it.” The various editorial writers note that such laws pit the rights of pregnant women and their developing babies. But nowhere in the eight pages is maternal responsibility mentioned, i.e., that a pregnant woman needs to take special care of herself in order to nurture her developing baby. Of course, the paper focuses on a few extreme cases that appear to unfairly persecute pregnant women. But such cases are few and far between.

The baby developing in the womb as a person with legal rights appears to be the next big battleground social issue in the U.S. We Catholics need to understand clearly what is at stake. Since science tells us that life begins at conception, we must stand firm in protecting the most vulnerable who cannot speak for themselves.

Little Sisters of the Poor Back in Court

Over several years, the sisters had to go all the way to the Supreme Court to protect their religious liberty to stop the federal government from mandating contraception, including abortifacients, for their employees. Last year, the current administration expanded the federal health law’s religious exemption to include the sisters and like- minded groups. But federal judges recently issued injunctions against the exemptions. So the Little Sisters, represented by the Becket Fund for Religious Liberty, must return to court to battle again. As a WSJ editorial (1/19/19) stated, don’t under- estimate “the cultural imperialism of today’s American left.”

“Marriage means man and woman giving of themselves in their entirety. It is a surrender of one to another.” Pope Emeritus Benedict XVI

Challenging to Be Catholic in Hollywood Today 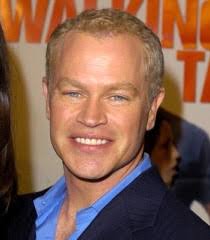 Actor Neal McDonough was pretty much a constant on TV for years, and then he was gone … for a while. Why? The happily married man and Catholic father of five refused love scenes! He was fired from the television show Scoundrels and things looked pretty grim for a while. “After that,” McDonough said, “I couldn’t get a job because everybody thought I was this religious zealot. I am very religious. I put God and family first and me second. It was hard for a few years. Then Band of Brothers producer Graham Yost called me and said, ‘Hey, I want you to be the bad guy on Justified. I knew that was my shot back at the title.”

McDonough said everything has worked out well for him professionally because the setback pushed him to improve his acting. He’s on the History Channel’s new series Project Blue Book and has several other projects in the works including the animated Sonic the Hedgehog.

He met and instantly fell in love with his wife-to-be after meeting her in England where he was filming HBO’s acclaimed 2001 miniseries Band of Brothers. “Almost 20 years, five kids and just one heck of an awesome life later, to have her as my partner in everything, I’m just the most blessed guy I know,” he said. “That’s why I go to church every day and say thank you to God for everything he’s given me.” P.S. Scoundrels was cancelled after several episodes. McDonough’s career, however, is back on track. [Matthew Archbold, National Catholic Register, 1/10/19]

“We Stand Between America & Darkness”

“America was founded on the promise of God-given rights, chief among them the rights to life and liberty,” conservative commentator Ben Shapiro told the 2019 March for Life participants. Once America’s children were her most prized group; “then something happened. We decided to erase them … we lied to ourselves, and then we built walls around that lie. We pretended these were not human lives at all, but disposable balls of meat,” he continued, after detailing multiple scientific truths of fetal development denied by the abortion lobby. “We told ourselves we were virtuous for our lie. We reversed good and evil.”

“Maybe they’re right. Maybe we today here are not in line with the rest of society,” Shapiro said. “To which I say, good. So were the abolitionists. So were the civil rights marchers. So were the martyrs in Rome and the Jews in Egypt. Righteousness doesn’t have to be popular; it just has to be righteous.”

He then assured the crowd that, despite the mainstream media’s best efforts, their stand for life would not be forgotten. “Our children standing here with us today, they will remember, and they will march until they no longer have to march. Our children yet unborn will remember, and they will thank us in our prayers. And most of all, God who built and preserves nations, who brings life and maintains it, who stands with those who suffer most at the hands of evil. He will remember us too. He will remember America and He will bless her. God will bless us, because we are the guardians of His most precious creations. We stand between America and the darkness, and we will march until that darkness is banished forever, & all of our children can stand together in the sunlight.” [Calvin Freiburger, LifeSiteNews.com, 1/18/19

Garabandal [PG-13 for brief violence; in theaters in February] On June 18, 1961, in a small village in Northern Spain, four girls claim that St. Michael the Archangel appeared to them. On July 2nd they receive a visit from Our Lady of Mount Carmel. After this followed more than two thousand visits from this Lady. The village’s parish priest and the Civil Guard brigadier suddenly become protagonists in an overwhelming event, struggling to find the truth while confronting a perplexed hierarchy and facing an ever growing multitude of people arriving in search of answers. [www.garbandalthemovie.com]

Unplanned [in theaters in March] brings us an eye-opening look inside the abortion industry from a woman who was once its most passionate advocate. Based on Abby Johnson’s memoir, this inspiring true story gives voice to a woman who has been on both sides of the abortion conversation. This is an important movie about the most controversial issue of our time. No matter which side of the fence you’re on, no one will leave this film unmoved by Abby’s journey. [www.UnPlannedfilm.com]

According to Fr. Tad Pacholczyk, Director of Education at the National Catholic Bioethics Center, despite their “health care provider” veneer, “Planned Parenthood is much more of a menace than a benefit to the health and well-being of Americans. It has faced a string of scandals ranging from the sale of baby body parts to over billing and unsanitary clinic conditions, from cover ups of sexual abuse of minors to botched abortions, from falsified medical information to LGBT activism, to the promotion of offensive forms of sex education to young children.”

As House of Representative member Diane Black notes, “Abortion is not healthcare. It destroys one life and damages another.” Fr. Tad went on to explain:

“The U.S. needs to eliminate the financial lifeline of Planned Parenthood by defunding the organization of taxpayer dollars. Its supporters argue that low-income women would not be able to get needed healthcare. Yet federally qualified (community) health centers could take up the slack. They receive broad government funding and offer care regardless of the patient’s ability to pay, making available an even broader array of primary care services than Planned Parenthood. And there are many more community health centers than Planned Parenthood clinics nationwide.”

He supports Congress making Planned Parenthood affiliates ineligible to receive either Medicaid reimbursements or Title IX grants if they continue to perform abortions. Taxpayer money from these programs could be redirected to the more than 9,000 federally qualified health center sites that provide comprehensive health care for those in need without entanglement in abortion. [The Beacon, 1/17/19]

Do You Watch Fake or Biased News?

On Friday morning of the 46th annual March for Life in Washington DC, the largest national pro-life gathering of more than 100,000 people, ABC, NBC and CBS’s morning news shows all ignored the event. CBS gave a whole segment to the feminist, anti-Semitic “Women’s March” scheduled for Saturday but didn’t even give a passing mention to the March for Life. [www.LifeNews.com]

Written and edited by Frank Tinari, PhD, a member of the Life Education Council Board of Trustees