Jennifer’s Words: “On the day I walked out of the rectory…”

… after confessing my abortions to the priest, I fell in love with a God I never knew existed before. I became a new creation and the daughter He always had in mind.” The Sisters of Life journey with women like this who have suffered after abortion, to experience the love & healing mercy of Jesus. For more information about Days of Prayer and Healing, contact the Sisters at 866-575-0075.

They Entered a Planned Parenthood Facility to Help the Unborn

Just before last Christmas, Red Rose Rescue, led by Fr. Stephen Imbarrato of Priests for Life, Fr. Fidelis Moscinski of Franciscan Friars of the Renewal, and two others entered a Pl. Prthd. waiting room in NJ to speak to women, offering prayers and assistance for them to keep their unborn babies, and handed out red roses with a note, “A new life, however tiny, brings the promise of unrepeatable joy.” Red Rose Rescue has engaged in a number of similar efforts over the past few years. When law enforcement officers come, they go limp, refusing to cooperate with the arrest, and risk jail time for trespassing, disorderly conduct and such. [Stephen Vincent, Is Our Love Enough?, Human Life Review, Winter 2019.] 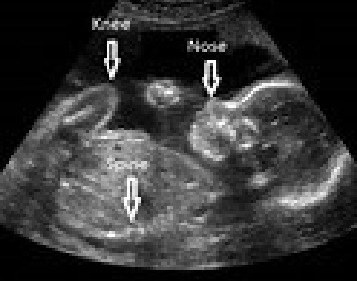 An especially effective program since 2009, the KofC recently placed its 1,000th machine in pro-life pregnancy centers. In the Initiative, local Knights councils identify centers that are able to medically staff and operate an ultrasound machine and then raise half of the funds for its purchase. Knights’ headquarters in New Haven then matches the funds for the machine’s purchase and delivery. A majority of the women who see the live ultrasound image of their baby make the choice for life. Donations to this worthy cause are always welcomed. Go to www.kofc.org!

“The practice of medicine purposefully seeks to eradicate illness. Physicians pledge an oath to ‘do no harm.’ Taking a life before natural death violates that vow, and there is no turning back.” – Bishop David M. O’Connell of Trenton, NJ, speaking in opposition to the state’s Aid in Dying legislation.

Do Parents of Kids with Down Syndrome Love Their Offspring?

[Christopher M. Reilly, Eugenics Goes into Hyperdrive, Human Life Review, Winter 2019.] Most healthcare professionals have negative attitudes regarding DS and provide poor counseling and inadequate information for parents; they automatically recommend abortion when pre-natal DS is detected. As a result, close to 90% of unborn children diagnosed with DS are aborted in the United States.

Yet, it is astounding to learn that 99% of the parents of children with DS love their offspring, and 88% of siblings say they are better people because of their brother or sister with DS. [Skotko, Levine & Goldstein, Having a Son or Daughter with Down Syndrome: Perspectives from Mothers and Fathers, American Jnl of Medical Genetics, 2011.] This nearly universal positive attitude between siblings is extraordinary.

Hitler-style eugenics has been revived in a different yet still deadly form. Increasingly, unborn children are killed specifically because they have the potential to be disabled or are perceived as failing to thrive in some way. Opposition to eugenics works to protect vulnerable and genetically different populations from being excluded from the human community.

Published on the internet by the Family Life Office of the U.S. Bishops, it is free and you can select the topics of most interest to you: dating, engagement, marriage preparation, married life, family life and parenting. http://www.foryourmarriage.org

In China, India and Indonesia, tens of millions of unborn children, mostly female, have been aborted in the name of population control. But “overpopulation” is a myth. The world is not running out of living room or resources.

We can now easily feed the 7.5 billion people on the planet; with current agricultural methods, we can feed twice that number. We now produce more food on less land, and humanity is eating better than ever before. There are still hungry people, not because there is a global food shortage but due to corrupt governments, poor distribution systems, and ongoing wars and civil unrest.

Around the world, birth rates have fallen, and the number of workers is shrinking while the number of elderly increases. This is a recipe for economic decline. It is now clear that young people are the scarce resource in many countries. In this century the U.S. could be the slowly aging leader of a rapidly aging world.

Overpopulation is not only a myth, it is one that kills. We need more babies, not fewer. That means ending abortion. [Steven Mosher, Population Research Institute Review, March/April 2019.]

So said Ryan Bomberger of the Radiance Foundation in 2017: “Our nation is facing an STD epidemic. The 18% failure rate of condoms is alarming. Birth control pills, shots, implants, rings, and IUDs don’t prevent STDs at all. Abstinence is the only 100% effective way to avoid STDs, HIV, HPV & unintended pregnancy. So, should a business that profits from selling abortions, birth control and STD treatments be teaching our teens that there’s nothing wrong with promiscuity?”

A report from the Centers for Disease Control and Prevention found nearly 2.3 million people were diagnosed with chlamydia, gonorrhea and syphilis in 2017, an increase of more than 200,000 from 2016, according to Vogue. The 2017 numbers represent the fourth consecutive year of an increase and the highest number of STDs ever reported, according to the CDC.

Planned Parenthood’s materials suggest why. In 2015, pro-lifers discovered a Planned Parent hood booklet telling patients that it is their “human right” not to tell their sexual partner that they have HIV. The abortion chain also tells children on its Tumbler page that: “There’s nothing bad or unhealthy about having a big number of sexual partners.”

Organizers are calling the National Pro-Life Candlelight Vigil on April 13th outside abortion mills an outstanding success. Altogether, there were 166 vigils at Planned Parenthood facilities across the nation, in 40 U.S. states, including many for whom this was their first time taking part in pro-life activism. The vigils were inspired by the chilling look inside the abortion industry as portrayed in the recently released movie Unplanned, which tells the story of Abby Johnson, a Planned Parenthood manager turned pro-life activist. The film has seen unanticipated commercial success, playing for several weeks all through April, despite efforts to squelch awareness due to its pro-life message. Many of the attendees said they were inspired to participate because of having seen the movie.

Eric Scheidler, executive director of the Pro-Life Action League, said: “We’re encouraging people to take those feelings of sorrow and sadness, what they saw in that movie, and also that feeling of gratefulness to God’s mercy that Abby Johnson was shown, and turn that into action,” he said. “Go out into the front lines, be part of this movement.” He listed praying at Planned Parenthood during a vigil, sidewalk counseling, volunteering at a pregnancy center, supporting pro-life groups, getting involved legislatively, talking to neighbors and becoming informed. “There’s so much that you can do,” Scheidler said, “but do something. Be a part of this movement actively. It’s the only way we’re going end abortion.” [LifeSiteNews.com, 4/15/19]

Both the cannabis industry and states seeking more revenue are pushing for the legalization of marijuana. Even elements of the press such as the Newark Star-Ledger promote legalization in its editorials despite the numerous reports the paper itself publishes on the various dangers of pot use. One recent example is a report titled “Study: Smoking weed as teen linked to suicide risk as adult”, March 10, 2019.

A new book by Alex Berenson details the many problems with marijuana use: Tell Your Children: The Truth About Marijuana, Mental Illness and Violence (Free Press, 2019). Berenson once believed what many believe today: “Marijuana is safe. Nobody every died from smoking too much pot.” According to one reviewer: These words are a more or less perfect summary of the lazy, ignorant, self-serving beliefs of highly educated, rather stupid middle-class metropolitans all over the Western world in such places as, let’s just say for example, the editorial offices of the New York Times.” [Peter Hitchens, Reefer Sadness, First Things, May 2019.]

Medical studies indicate that a long-term cumulative effect of pot use leads to mental illness and, often, violence. Yet we are on the verge of allowing it to be advertised and put on open sale. Berenson’s book provides facts and data about violent crime in places where marijuana is widely available. The campaigns to legalize it cite “medical marijuana”use, but only about 6% of users use it for medical therapy. The book also exposes the false belief that associates marijuana and liberty.