Division Exists on Many Issues

While a federal Commission on Unalienable Rights makes its plans, Hollywood tries to normalize acceptance of abortion and the NY Times publishes a piece by a gynecologist who argues that sexually transmitted diseases should no longer have any stigma. While abortion groups issue their ‘Blueprint’ to promote abortion without limits, the federal government implements a partial end to funding abortion and a doctor has successfully filed an injunction against New Jersey’s new physician-assisted suicide law. The U.S. population is seriously divided on issues related to the culture of life. Here are a few details:

Pornography addiction is a growing epidemic in America today. It is an addiction that can have the same effect on the brain as cocaine, is widely available, and has a devastating effect on relationships, families, and marriages.

On July 27, Father Cassiday Stinson began the #BreakTheChains prayer campaign on Twitter, writing that he was tired of seeing “so many souls caught in shame and isolation and despair.” (Follow Fr. Stinson on Twitter @TheHappyPriest) The Knights of Columbus’ official account re- tweeted his original thread with a call to action: “Knights, time to #BreakTheChains.”

Fr. Stinson says that if you’re struggling with pornography in your life, then look very concretely and realistically at the times and places where you’re struggling with it. What does the habit look like? Once you’ve identified that, you can start to make concrete changes & put up boundaries for yourself to help avoid it. That may be as simple as during certain times of the day & in certain circumstances, you put the source somewhere else.

Alongside that human dimension, make sure there is some kind of prayer in your life as well. Very often we’re turning to any kind of quick pleasure, like pornography, because there is some kind of wound or loneliness there. One of the important things that needs to happen is to let God into that wound. [Brian Fraga, Priest starts a Twitter group to break the chains to pornography, Our Sunday Visitor, 8/16/19]

Missouri may protect unborn babies with Down syndrome from discriminatory abortion deaths after a judge declined to block the new law Tuesday. U.S. District Judge Howard Sachs’ order stops the state from enforcing most parts of the law, but he did not include the non- discrimination parts in his preliminary injunction.

Planned Parenthood and the American Civil Liberties Union challenged the state law, which includes multiple pro-life provisions including a ban on abortions after 8 weeks when an unborn baby’s heartbeat is detectable.

This means that Missouri is one of just a few states that legally can protect unborn babies with Down syndrome from discriminatory abortion deaths. The law also ends abortions based on the unborn baby’s sex and race. “As the father of a child with special needs, Attorney General Schmitt is particularly sensitive to suggestions that an unborn child who will have special needs is any lesser of a human being, and we’re glad that provisions relat- ing to that issue were left in place in the judge’s ruling today,” a spokesman said. 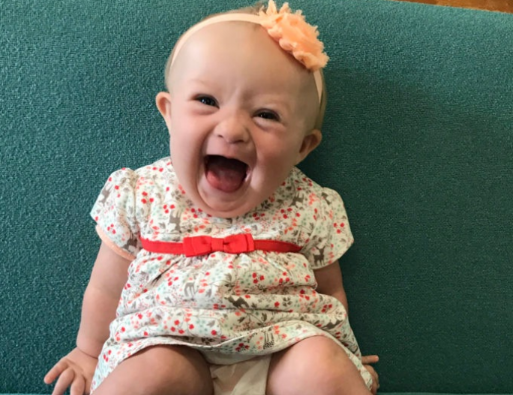 However, Dr. Colleen McNicholas, an abortionist and chief medical officer for Planned Parenthood of the St. Louis Region, said: “Although we are grateful today’s ruling allows us to provide care to some Missourians, we will continue to defend the truth: every reason to have an abortion is a valid reason.”

This eugenic targeting has prompted a number of states to pass laws protecting the unborn. Missouri is not the first, but it is one of the few that has been allowed to enforce its law. Eight states also prohibit sex-selection abortions, which often target unborn baby girls. [M. Bilger, Judge Rules Missouri Can Ban Abortions on Babies With Down Syndrome, LifeNews.com, 8/27/19] 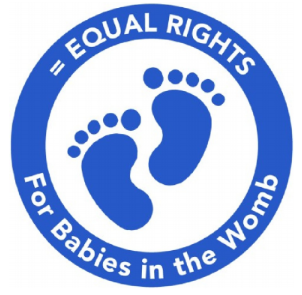 ATTENTION: Each year, October is declared Respect Life Month by the U.S. bishops. More information will be provided in the October issue of this newsletter. Your parish likely will have a homily, guest speaker, pamphlets or other means to help you support the dignity of every human life. For New Jersey residents, the 20/20 Campaign continues and everyone is urged to obtain a “baby feet” car magnet – visit http://babiesinthewombfeelpain. com/ for more information. In addition, the US Catholic Bishops’ Respect Life Office publishes new material each year to help parishes promote the respect for life in various ways. For example, information is available regarding Project Rachel that serves to help women heal from the effects of an abortion.[www.usccb.org]