40 Days for Life Kicks Off Biggest Campaign Yet

… with pro-lifers dedicated to peaceful advocacy and prayer for unborn babies in 505 communities across 30 nations. Held every spring and fall, 40 Days has made a huge impact for life since it began in 2004. Organizers said the fall campaign is their “largest ever” and that in the past 15 years, pro-lifers have helped to save more than 16,000 unborn babies from abortion through 40 Days; have helped 191 abortion workers quit their jobs; & watched 104 abortion facilities close in their communities.

The unexpectedly successful film “Unplanned” highlighted the impact of 40 Days for Life, based on the true story of Planned Parenthood director Abby Johnson who became pro-life partially because of the 40 Days volunteers in her town.

Along with peaceful compassionate sidewalk counseling and prayer, many local vigils also organize diaper drives, baby showers and other fund-raisers to help mothers and children in need. Organizers said the need for prayer is more important than ever as politicians advocate openly for late-term abortions and infanticide. The fall 40 Days runs through November 3rd . For more info or to find a local vigil, visit 40DaysforLife.com. [Steven Ertelt, LifeNews.com, 9/24/19]

Children learn to love their own husband or wife by watching the example of their parents. Testify to the Gospel of the loving family to everyone you meet in your public and social life. St. John Paul II

Have the Guts to Do the Right Thing

In the face of the U.S. Senate failure to pass the Born-Alive Abortion Survivors Protection Act, Archbishop Joseph Naumann, head of the U.S. Bishops’ Pro-Life Activities Committee, said “There should be no bill easier for the Senate to pass than one that makes clear that killing newborn babies is wrong and should not be tolerated. That even one senator, let alone 44, voted against the Act, is an injustice that should horrify and anger all Americans. The vast majority of American people support this bill demand justice for innocent children.”

Texas Musicians Gave up Celebrity Status to Defend the Preborn

Jim Seals and Dash Crofts of the popular group Seals & Crofts were at the height of popularity in the early 1970s. With such now iconic hits as “Summer Breeze” and “Diamond Girl,” the duo seemed to be gearing up for many more years of success. All that changed in 1974 with the release of their album “Unborn Child.” The title track is a haunting song for a preborn baby whose mother is considering abortion. The simple and evocative message of the song is that the preborn baby is fully human and deserving of Life. 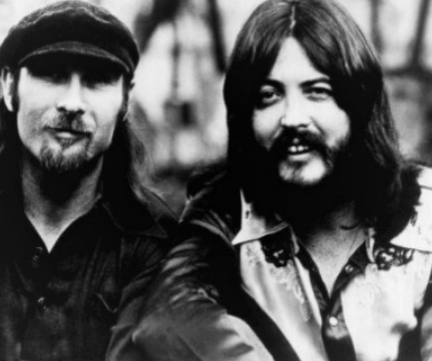 Writing for CNS News, John Stonestreet explains: To put it mildly, this is not what their label, Warner Records, had in mind. This was less than a year after Roe v Wade; abortion was, if nothing else, controversial. Add in the duo’s unapologetic and urgent plea for women contemplating abortion to “stop, think it over …” and it’s no surprise their record label wanted them not to release the album. Crofts responded: “But you’re in the business to make money; we’re doing it to save lives. We don’t care about the money.”

After the album’s release, radio stations boy- cotted the title track & abortion activists protested their concerts. The duo went on to release other albums & songs, but their celebrity was never again what they had enjoyed previously. Their experience shows the extreme bias in favor of abortion in the music/entertainment industry that was only just taking root in the years immediately following the legalization of abortion. Now, not only are celebrities discouraged from promoting a pro-life message, but pregnant mothers in the entertainment industry are often pressured to abort their babies to advance their careers. Some courageous people within the industry are speaking out about this abortion bias, but the infiltration of abortion lobby groups like Planned Parenthood into media giants is far-reaching.

As for Seals & Crofts, they have no regrets. Crofts said, “I think we got more good results out of it than bad because a lot of people called us and said, ‘We’re naming our children after you because you helped us decide to save their lives with that song.’ That was very fulfilling for us.”

This is the 45th anniversary of a courageous moment in pop music history when two Texas singers used their spotlight to stand in defense of innocent human life. Despite the ongoing tragedy of abortion, we have reason to hope that one day all human beings will have the Right to Life in our nation. [Texas Right to Life, 7/30/19]

Patient Sues Catholic Hospital for Not Assisting in His Suicide

A terminally ill patient and his doctor are suing a Catholic-run hospital in Colorado for failing to participate in the man’s suicide – the latest attempt to force an institution of faith to act against its religiously held objectives. Neil Mahoney, 64, and Dr. Barbara Morris filed suit against Centura Health Corp. whose president said in a letter to Morris: “Rather than encouraging the patient to receive care consistent with that doctrine or transferring care to other providers, you have encouraged a morally unacceptable option.” The hospital contends that its First Amendment rights should supersede its forced compliance with Colorado’s End-of-Life Options Act. [Our Sunday Visitor, 9/22/19]

You Are NOT Alone!

If you or someone you love is hurting from an abortion, please check the complete listing of available weekend retreats throughout the U.S. at www.RachelsVineyard.org

The Sneakiest, Most Shame-Faced of All American Rights

The purported right-to-abortion’s most devoted supporters don’t dare speak its name. They hide behind evasion & euphemism. Their side knows how difficult it is to say out loud that it considers abortion a positive good. The pro-abortion style- book demands that abortion be called “reproductive health,” though it is the opposite of reproduction and (for one party involved) the opposite of health. Even organizations wholly devoted to abortion shrink from the term.The former National Abortion Rights Action League, then the National Abortion & Reproductive Rights Action League, finally settled on NARAL Pro-Choice America, eliminating all reference to the one procedure that it holds in such high esteem.

Planned Parenthood says that abortion is only 3% of what it does. This is a dodge … and not much of a defense. Saying they only kill babies 3% of the time is not something to brag about. How much credit would we give someone for saying he only hits his wife during 3% of domestic disputes? The truth is the group performs about 330,000 or a third of all abortions in the country. Its 2017-18 annual report says it provides more abortions than Pap tests and breast-care services.

America’s abortion advocates specialize in moral obtuseness, opposed to recognition of personhood of any sort for the unborn child, worried that such a concession might undermine the premises of our abortion regime. Consider the heartbeat bills passed in several states. Even if blocked by the courts, the bills have an educative effect. After all, an appendix or a kidney doesn’t have its own separate heartbeat. The pro-abortion argument is that a fetus is a blob of cells of no account — but with a heartbeat; that the fetus is a non-human being – with a heartbeat.

Pro-lifers should not be shy about what we believe. We can weigh in with confidence and clarity of thought and expression. The same cannot be said of the defenders of the indefensible. [Rich Lowry, The Right That Dare Not Speak Its Name, Human Life Review, Summer 2019]