LIFENET makes age-appropriate presentations to schools, youth groups, churches & civic organizations on the topics of chastity, the humanity of the unborn child, abortion, and other bio-ethical issues. These talks empower young people with scientifically accurate information on human sexuality, sexually transmitted diseases, and encourage them to set the highest personal standards.

“Thanks for the information about abstinence. You enlightened me about a lot of things and helped me change my life!” High School Senior, Bayonne, NJ. “This is what the young children of America need. The messages of family life were presented in such a dignified, honorable manner.” Middle School Principal.

Established in 1994, LIFENET exists to attain equal rights for babies in the womb through education, advocacy and networking, and it promotes chastity as a solution to abortio 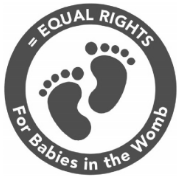 The organization also helps coordinate an effort underway in New Jersey to protect unborn babies of 20 weeks gestation or more. Their 20/20 program is a continuing grass-roots effort that has generated more than 100,000 postcards having been sent to state officials. [www.lifeneteducation.org]

“Sexual abstinence means refraining from all forms of sexual activity & genital contact…. Abstinence is the only 100% effective way to protect against pregnancy. … People sometimes also use abstinence to prevent pregnancy on days they are fertile (most likely to get pregnant), but they may be intimate at other times.”

“Abstinence has no health risks. It is free. You can be abstinent at different times in your life for different reasons that may change over time. You can choose to be abstinent whenever you want ….” But it “is sometimes hard to abstain from sex, particularly in the moment. You should always communicate with your partner ahead of time about your decision to be abstinent. There may be pressure … to have sex.” [https://www.hhs.gov/opa/pregnancy-prevention/] 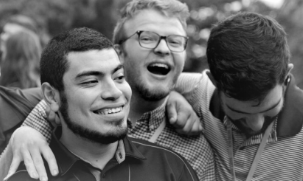 College campuses are battlegrounds for the minds & souls of our young people, and many are leaving the Church. Students are hungry for truth and meaning but most are not being reached effectively. Saint Paul’s Outreach (SPO) brings students back to Christ and the fullness of the Catholic faith. SPO builds evangelistic communities that provide a unique quality and depth of formation in the Catholic faith and life. “Our ministry has produced thousands of alumni who are passionate followers of Christ and who continue to shine His light in the world long after they have graduated. They are renewing the Church and evangelizing the culture.”

Reaching Americans on Our Roads

“I used to be pro-choice until I saw your billboard. I didn’t know a baby had a heartbeat as early as 18 days. I’ll never say I’m pro-choice again!” (Columbus, OH)

PROLIFE Across AMERICA is dedicated to changing hearts & saving babies’ lives by using billboard, radio and newspaper ads for people who may not be reached in any other way. “I couldn’t go through with my abortion after I saw your ad. I had no idea the baby was so developed.”-St. Louis, MO

The organization brings positive, persuasive messages, offering information and alternatives – including adoption – and post abortion assistance to those in need. “Your billboard hit me right between the eyes. I never thought about adoption. It’s an answer for me and an answer for the baby!” (Minnesota caller) Their tender and touching ads often are the only visible sign offering hope and help to someone who may be on the brink of an abortion decision. “I’m sending a photo of my grandson. It’s a small way of saying ‘thank you’ for those billboards. He is here today because my daughter saw those ads and made the decision for life.” (Midwest) [https://prolifeacrossamerica.org]

“She Had a Choice” 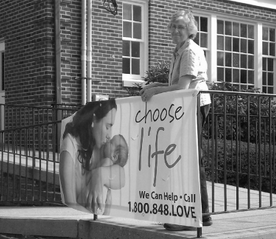 to offer women choices. They do this using billboards, bus and train ads, and the more than 350 Choose Life banners displayed on the grounds of churches and other organizations. [Editor: anyone interested in obtaining a banner should contact the LEC at their website, given below.]

The LEC supports pregnancy resource centers that show women their unborn children using ultrasound technology. Many say: “That’s my baby!” After that, nearly 85% of these women refuse to abort. The organization also supports the Black Genocide project. While just 13% of the population is black, preborn black children are targeted by Planned Parenthood and account for 40% of all abortions. [www.lifeeducationcouncil.org]

The U.S. Conference of Catholic Bishops recently commended the Administration for changing a 2016 regulation that threatened to shut faith-based social service (adoption & foster care) providers that respect a child’s right to a mother and a father.

“To restrict faith-based organizations by infringing on religious freedom is unfair and serves no one, especially the children in need of these services. We are alarmed and saddened that state and local government agencies in multiple jurisdictions have already succeeded in shutting down Catholic adoption and foster care agencies as a result of their Catholic beliefs. At a time when more than 400,000 children are in foster care, we need to increase their opportunities to be placed with safe and loving families.” [www.USCCB.org]

“Human life doesn’t really start at conception: How is a single cell a person?”

Scientists determine that something is alive if it has the capacity to grow, metabolize, respond to stimuli, adapt, and reproduce of its own accord. So do philosophers. From zygote to blastocyst to embryo, there is not one point at which the unborn is inanimate. Actual being exists from the moment of conception, with heartbeats at day 24 and brain waves at day 43, both of which are well before the end of the first trimester. It is alive and it is human. It is not potential human life but actual life. When a woman is pregnant, it is ill-informed to speak of a potential child. A sonogram would not depict an empty womb. The unborn child is conceived, it is an actual living being, an actual human child, a human life.

The language of abortion is thus intentionally misleading. The “choice” to have the child occurred before pregnancy, and ended at the moment of conception. Many are misled into thinking the termination amounts to not having the child. In fact, the child is already present, the child is “had” and the abortion is instead the killing of that life. One can only terminate a life because a life is already present. It is only before I am pregnant that I can choose to have a child, because there is as yet no child. [Associate Professor Caitlin Smith Gilson, The Language Game of Choice, Human Life Review, Summer 2019.]

“The world is full of easy & inviting ways, downhill roads into the shadow of the valley. Jesus offers you an uphill road which is heavy going but lets the eye of your heart sweep over ever broader horizons. Your choice: slide downhill into the dark valley, or climb the peak & breathe the pure air of truth, goodness & love.” St. John Paul II

Helping Women After an Abortion

There are several post-abortion ministries in the U.S. The most well-known may be Project Rachel (hopeafterabortion.com), founded in Milwaukee in 1984, which has been nationwide since 1990. Its website states: “It’s normal to grieve a pregnancy loss, including the loss of a child by abortion. It can form a hole in one’s heart, a hole so deep that sometimes it seems nothing can fill the emptiness.”

The National Office of Post-abortion Reconciliation & Healing can be reached at www.noparh.org in complete confidentiality. It provides training for care providers, maintains a 1-800-5WeCare referral line for those seeking assistance in reconciling an abortion experience, and publishes the International Post-Abortion Support Services Directory.

Rachel’s Vineyard, www.rachelsvineyard.org, is a Catholic ministry that offers nondenominational retreats for men and women who are dealing with the lingering effects of abortion.