by Caroline Douglas, LEC Board of Trustees

Today, I’m 32 weeks pregnant—in the midst of the COVID-19 pandemic.

So what’s it like? It’s not as bad as the click-bait articles make it seem. Sure, there are downsides. I can’t make a midnight run to the store for a jar of pickles. I haven’t interacted with the outside world for two months, because even though pregnant women aren’t considered high risk for COVID-19, I don’t want to take any chances.

But, for the most part? I’m doing okay.

My prenatal appointments are held over the phone. I bought a blood pressure cuff, a blood sugar monitor, and urine reagent strips on Amazon for less than $100 combined. I measure my fundal height (the size of my uterus, which is an indicator of the baby’s growth) with a tape measure, do kick counts, and weigh myself. My mom, a retired doctor, checks my legs for edema (swelling).

These are the main tests that are carried out at each prenatal visit, and I’ve been doing them once a week at home. My pregnancy is low-risk, though; I’m sure it’s more of a trial for mothers who have a high-risk pregnancy or other complications.

But every pregnancy is difficult in its own way, and is coronavirus really making it so much worse? I don’t think so. Yet, some news outlets have reported higher abortion rates during the pandemic. Because fear is causing new mothers to panic.

This wasn’t how I planned it. This isn’t perfect. The timing isn’t right.

In today’s culture, everything is supposed to be perfectly planned before a child is conceived. Enough money in the bank. Graduate degrees earned. A house bought, a college fund set up, and a nursery all set and ready.

But life doesn’t work that way. Randomness is always part of the equation. Couples who have been told they’re infertile, or who are using contraception, become pregnant all the time. And pregnancy is a long nine months—anything can happen between conception and birth! I planned this second baby, unlike my first. But I never could have predicted that five months later we’d be hit with a global pandemic.

Planning for the perfect pregnancy is impossible.

And resistance to this principle is one of the major factors pushing abortion. “I want to terminate my unplanned pregnancy.” “My baby has Downs Syndrome, which wasn’t expected, and I want to have an abortion.” Why do we chase after perfectly-planned pregnancies? And perfect babies?

When there is no such thing as “the perfect pregnancy”?

Why not instead rely on faith? I’m not talking about religious faith, but faith in the little lives growing inside of us. That they are worth the inconveniences, the complications, the risks. And faith in ourselves—that we’re strong enough to get through a difficult pregnancy, or a pregnancy in difficult times.

We can’t let fear—of coronavirus, or a pregnancy that is “unplanned”, or anything else—take our faith away from us.

We can do this.

And so can all the little unborn children, living and thriving in these uncertain times, waiting to come into the world.

Theology of the Body Virtual Conference

On the weekend of May 8-10 there will be over 60 of the best known Catholic speakers and evangelists speaking on the topic. This conference will be available worldwide between Friday, May 8, 2020, at 12PM EDT to Sunday, May 10, 2020, at Midnight. This online event is offered at NO COST! Register at https://www.tobvirtualconference.com There is also available a discounted Premium Pass Option for those who want access to the conference after May 10th.

Neural Evidence That Two Really Do Become One

Prominent bioethics groups are raising concerns because British scientists used cell lines derived from aborted babies in their experiments, something many pro-life and Catholic leaders have been urging scientists not to do. Though vaccines can save lives, pro-life advocates believe they should not be developed using materials derived from human rights abuses, including abortions. They note that ethical alternatives are available, and they can be just as successful.

Joseph Meaney, president of the National Catholic Bioethics Center (Philadelphia), stated that scientists tend to use cells derived from aborted babies out of “convenience,” even though they have ethical alternatives. “Many companies don’t use them & develop good vaccines” he said.

Catholic leaders, including Meaney, are urging people to “insist on ethical scientific research that has no links to abortion or the killing of embryos.” American Catholic bishops are raising similar concerns. In a recent letter, Bishop Joseph Strickland of Tyler, Texas urged people to stand strong against the “evil practice” of using aborted baby body parts to develop vaccines. “Just because the crime of abortion is considered legal in our nation does not mean it is morally permissible to use the dead bodies of these children to cure a global pandemic,” he wrote. “Emphatically, this practice is evil.”

U.S. Catholic bishops sent a letter urging the Food and Drug Administration (FDA) to ensure vaccines are being produced ethically. Pro-life leaders also have highlighted how ethical alternatives to tissue from aborted babies are available, including pluripotent stem cells and tissue from placentas, umbilical cords and amniotic fluid. In 2018, the U.S. administration created a $20 million grant to invest in these ethical research alternatives. Recently, the Charlotte Lozier Institute noted that at least 60 potential treatments for the virus are being investigated right now using materials that do not come from aborted babies. [Possible New Coronavirus Vaccine Made With Cells Taken From Aborted Babies, LifeNews.com, 4/28/20]

AVM Biotechnology is one of the ethically-based companies that has started clinical trials of its drug. [clinicaltrials@avmbiotech.com]

I was a junior in college on 9/11, and even as shattering as that day was, most of us went back to class several days later in a way that removed us from the enduring loss. What makes this pandemic different is that no one is immune. We are likely to see illness and even death on a scale few if any of us have seen before. People we know are going to lose their jobs, if they have not lost them already. All this distancing will lead to increased feelings of loneliness, and many of us already felt lonely.

We have already begun to experience the losses that will not be recouped: “normal” is undergoing change. And so you come face-to-face with the irrefutable lesson that many of us do not learn until much later, if at all: life is about loss. That sounds fatalistic and pessimistic, but it is honest and potentially freeing.

It is freeing if we learn to accept that our lives are on loan and we are meant to give our lives over to others. The illusion of youth hides that; the honesty of adulthood unveils it. The irony of adulthood is that precisely when we reach that point where it seems our independence will have been maximized, we are reminded of our dependence both from within our own bodies and from the world around us. That is “the gift” of this pandemic: the truth is being laid bare—we are all vulnerable and dependent, and far more is contingent than certain. 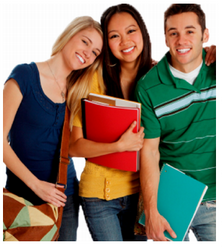 So, here is my advice: accept the losses as losses, then find a way to give. That sounds completely counterintuitive, because so many of our instincts direct us to try to find a way to recoup our losses, which lead us down the road to sorrow and futility. We were vulnerable before this and we will be vulnerable “after.” The call in this season is to throw off the illusion of invulnerability and live together in truth. That is what college was supposed to lead you to anyway: Truth. [Leonard J. DeLorenzo, Ph.D., Notre Dame professor, excerpts from “Dear Students: There Is No Afterwards,” in Catholic Education, 3/25/20] On March 2nd, Virginia became the 20th state to ban “conversion therapy” for minors.

States May Ban Abortions During Pandemic

The U.S. Court of Appeals for the Fifth Circuit, in a 2-to-1 ruling allowed Texas to suspend most abortions in the state during the coronavirus public-health crisis. In times of great emergency, states can reasonably restrict constitutional rights to protect public safety, the court’s majority said. “That settled rule allows the state to restrict, for example, one’s right to peaceably assemble, to publicly worship, to travel, and even to leave one’s home. The right to abortion is no exception,” Judge Stuart Kyle Duncan wrote for the court.

The fast-moving litigation is shaping up as the leading test case of whether states can use a national health emergency to place sweeping restrictions on abortion, despite constitutional pro- tections for abortion rights previously established by the Supreme Court. Abortion providers who sued could now ask the appeals court to reconsider the issue with more judges participating, or they could seek emergency intervention from the Supreme Court. [Brent Kendall and Elizabeth Findell, Wall St. Jnl., 4/7/20]

Represented by Alliance Defending Freedom (ADF), pro-life students filed a lawsuit Wednesday against Georgia Tech, accusing its student government of discriminating against Martin Luther King Jr.’s niece Alveda King. The Student Government Association said that King’s pro-life views could be offensive. King is a celebrated pro-life and civil rights leader. In September, she spoke at Georgia Tech about her civil rights work and encouraged students to continue the cause.

Two student leaders of the pro-life club paid for the event themselves because the student govern- ment association refused to. Yet all students pay into a student activities fund to help pay for such events. ADF’s Caleb Dalton said: “Georgia Tech’s policy allowed discrimination against Ms. King because she was accused of leading an ‘inherently religious’ life. Under such a standard, Martin Luther King himself would not be welcome on campus. Public universities are supposed to be the market- place of ideas, but that marketplace can’t function if a university grants funding only to student groups whose views the university favors.”

Students for Life of America President Kristan Hawkins said student pro-life clubs face opposition all across the country: “The Constitution is clear that public universities can’t engage in the type of discrimination that has taken place at Georgia Tech.” [Georgia Tech Faces Lawsuit After Discriminating Against A. King Because She’s Pro-Life, LifeNews.com, 4/2/20]

While NYC was still in the throes of the nation’s worst COVID-19 outbreak, ambulances responded to a medical emergency at the Margaret Sanger Planned Parenthood on April 24th. This was the 13th medical emergency at the high-volume abortion facility in the past 15 months. At the time of the emergency, the city was enduring a lockdown that included a ban on elective surgeries … except for abortion.

“While legitimate NY businesses are closed and hospitals are denying care to people needing procedures such as organ transplants and cancer surgeries, abortion businesses are operating on all cylinders and Planned Parenthood sends women with botched abortions to occupy precious hospital beds,” said Troy Newman, Operation Rescue Pres. “New Yorkers are suffering without jobs or medical care, while abortion businesses rake in record profits. Planned Parenthood is given preferential treatment by the governor who made killing babies top priority in his state.” [Cheryl Sullenger, LifeNews.com, 4/27/20]

This free monthly newsletter is used by dozens of churches as a single-sheet bulletin insert, and is now posted on four diocesan websites. To receive your free copy, email editor Frank Tinari, tinarifr@shu.edu