The pro-abortion governor of Massachusetts Charlie Baker has vetoed a radical pro-abortion bill after the legislature rejected his amendments.  Without them, the “ROE Act” bill would allow unborn babies to be aborted for basically any reason up to birth, end parental consent for young girls seeking abortions, weaken the state anti-infant side law, & allow non-doctors to abort the unborn.

The Mass. legislature has indicated an intent to override the veto. Doing so requires a two-thirds majority vote in both the state House and Senate.  Recently, more than 400 pastors across the state wrote to Baker slamming the bill as a “shocking and callous disregard for human life and the importance of parental involvement in the lives of children.” Another pro-abortion bill narrowly failed in New Mexico because of strong public opposition. But similar legislation did pass in New York, Illinois, Vermont and Rhode Island last year, prompting massive outrage. 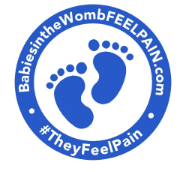 A recent poll by Susan B. Anthony List found that 62% of Mass. voters oppose late-term abortions, including 49% of Democrat & 66% of independent voters. The same number, 62%, also supports the current state law requiring parental consent before a girl under 18 has an abortion. [S. Ertelt, M. Bilger, LifeNews.com, 12/23/20]

Ed.’s Note: New Jersey’s governor and legislators are hoping to push through a similar shocking bill. State residents are urged to contact their elected representatives to vote against it.

Inspired by the courageous efforts of people on both sides of the reproductive justice movement committed to advancing the rights of women and the unborn, this timely film explores the convictions of people fighting for reproductive freedom versus the right to life, which exposes the fears and struggles that divide our nation.

CHOICE aims to educate & inspire viewers to explore women’s rights & how our society, medical science, culture, religion & politics are shaping that conversation. No matter where you stand on the position of reproductive rights, we can all agree it is THE issue at the forefront of our emotional divide. How did we get here? What does our future of challenges look like?

Film-makers spoke to hundreds of individuals who shared their personal, professional & eye opening stories, many for the first time, making the film an unexpected investigative journey.  [https://www.choicethedocumentary.com]

A 2017 review reported that women outperformed men in memory and learning, while men performed better in spatial & motor tasks. Women were more likely to have a higher rate of cerebral blood flow, a higher percent of gray matter, and more connections between left and right brain hemispheres; men had a higher percentage of white matter and more connections within the left brain hemisphere. [Marri: Faith & Family, www.marripedia.org]

“We may add that it is an act of foolish injustice to pretend the sexes are the same. Justice is exercised in respectfully providing for the due needs of each.” J. Budziszewski, Prof., Univ. of Texas at Austin, author of What We Can’t Not Know: A Guide.

Former NFL star Ben Watson criticized Georgia senate candidate Raphael Warnock last week for describing the killing of unborn babies in abortions as “reproductive justice.” Watson, a former New England Patriots tight end & Super Bowl champion, told pastor Warnock that there is nothing just about killing a son or daughter in an abortion: “JUSTICE is the equitable distribution of punishment AND protection. JUSTICE is rooted in the dignity of every human endowed by their Creator.”

Watson and his wife, Kirsten, parents of seven & passionate advocates for life, recently produced a film, “Divided Hearts of America,” to “challenge and also educate America when it comes to the issue of abortion.” They run the nonprofit One More Foundation that focuses on hunger, poverty, prison reform & other matters. [M. Bilger, www.LifeNews.com, 11/23/20]

Karen Killilea was born 3 months premature. Her parents later discovered she had cerebral palsy.  They finally found a doctor who saw that she was aware of her surroundings. With tireless medication, her family spent at least two hours every day for the next 10 years helping Karen move her limbs. By her early teens, she was walking with crutches, swimming, typing and going to school.  And she lived to be 80, dying in October 2020.

Marie Killilea told the world about her daughter in two best-selling books, which were among the first to detail the challenges of living with a severe physical disability and were an inspiration to many families in similar circumstances. Karen worked for four decades as the receptionist at the Trinity Retreat House in Larchmont NY & traveled to Italy twice, meeting semi-privately both times with Pope Paul VI. She never considered herself “handicapped” but called herself “permanently inconvenienced.”

After the books appeared, Karen & her mother answered at least 15,000 letters from around the world. Some were addressed simply to “Karen, USA” & still arrived. Many wrote to thank the family for telling their story & to say it had inspired them to become nurses, physical or occupational therapists.  Her parents began lobbying for the rights of the disabled, meeting many other parents of children with disabilities. This led to the formation of what is now Cerebral Palsy of Westchester, and eventually led to the founding of the United Cerebral Palsy Association. All this as a result of rejecting doctors’ advice to institutionalize her. [NY Times, D/20/20]

Relying on cell lines from abortions to manu facture a COVID-19 vaccine provokes strong moral objections, so some will refuse the vaccines. The Church, for her part, does not require us to decline it when there is a serious reason such as an elderly person or someone with multiple health issues who faces significant risks if they were to contract the disease.

Any time we decide to receive an unethically produced vaccine, we should push back. We can do our part to apply pressure on the manufacturer, perhaps by sending an email objecting to its methods, and requesting that it reformulate the vaccine using alternative, non-abortion-related cell sources. We could write a letter to our local paper pointing out the injustice of being morally coerced to rely on these cell sources.

The chart compares different vaccine candi dates that are or may become available in the U.S., collated by the Charlotte Lozier Institute. [Fr. Tad Pacholczyk, The Beacon, 12/17/20]

“The greatest destroyer of peace today is the cry of the innocent unborn child. For if a mother can murder her own child, what is left for you and me but to kill each other?” St. Theresa of Calcutta

Legalizing euthanasia transforms healers into killers. The expansion of euthanasia laws to permit killing sick children by lethal injection is yet another symptom of the culture of death’s profound influence on law & medicine throughout the world.

Belgium extended euthanasia to children by eliminating the age limit for lethal injection. In the Netherlands, in October the Dutch government approved euthanasia for terminally ill children aged 1 to 12. Currently it is legal for babies up to a year old to be killed with parental consent.

The culture of death is spreading rapidly. Could killing people, even children, by lethal injection be legalized in the USA? When will people of every nation raise their voices and demand, “Stop! Enough!”? [Nov. 2020, https://halovoice.org]

A new edition of HLA’s teen abstinence magazine completely transitions its style to engage Gen Z’rs. New articles share a positive approach to Sexual Risk Avoidance strategies that focus on how waiting to have sex fits into a successful, healthy life. Teens will read both sides of this 16-page appealing flip-magazine! Send for a copy. [https://humanlifealliance.org]

Although the Exposition of vendors is cancelled because of the pandemic, March for Life organizers are going ahead with the annual Rally & March in Washington DC, the largest pro-life event in the world. A number of well-known guest speakers have been scheduled.

As in past years, many will participate in their local state rallies. For example, the St. Augustine March is scheduled for Jan. 16th. If you live in Florida or southern Georgia, you are encouraged to take a stand for life in the nation’s oldest city.

For Texans, “Join thousands at the Texas Rally for Life on Saturday, January 23, at the Capitol in Austin, starting at 1 pm.”

Perhaps the most unusual & ambitious event is being held throughout January by the March for Life Chicago. “This year, we know many of you can’t travel to Chicago by bus. So we’re bringing it to you in five lead-up events in a city near you!”

Information about all rallies and marches for life may be found at https://marchforlife.org.

This free monthly newsletter is used by dozens of churches as a bulletin insert, and has had over 30,000 readers. To receive a copy in your inbox, email ed. Frank Tinari, Ph.D. at tinarifr@shu.edu