The first principle takes into account that the Johnson & Johnson vaccine was produced with tainted aborted fetal cell lines, and that Catholics are encouraged to get a different vaccine. The second principle reflects the concerns that some have about the new vaccines and that one’s conscience must be used in a morally responsible way. The third principle urges all Catholics to communicate their ethical concerns to vaccine producers. For example, Archbishop Salvatore Cordileone (San Francisco) plans to launch a letter-writing campaign to urge pharmaceutical giants to produce ethical vaccines. [COVID-19 Vaccine Ethics, National Catholic Register, 3/28/21]

Are Catholics “Hung Up” on Abortion?

Actually, we’re obsessed with the dignity of the human person, the sacredness of all human life including the helpless life of the baby in the womb, the death row prisoner, the immigrant, the fragile elderly, the poor & sick. Concern over an abortion culture is not a uniquely Catholic issue but one of human rights. We didn’t learn that abortion was horrible from religion class but in biology and, regarding inalienable rights, in American history.

How can we sustain a culture that recoils at violence, exclusion, suicide, racism, injustice and callousness toward those in need, if we applaud, allow, pay for, and promote the destruction of the most helpless, the baby in the womb? As Pope Francis observes: “We defend and promote all legitimate human rights. But what use are they if the right of the baby to be born is violated?”

Yes, we’re still ‘hung up’ about human life and pray that a respect for the sacredness of all life & the dignity of the human person will be revived, and that the sanctuary of the womb will be off-limits to violent invasion.[1/13/21, www.cny.org]

The use of human embryos or fetuses as an object of experimentation constitutes a crime against their dignity as human beings who have a right to the same respect owed to a child once born, just as to every person. Pope St. John Paul II, Evangelium Vitae (65).

“Christianity … is peace; it is joy; it is love; it is life that is always renewed, like the secret pulsing of nature at the beginning of spring. The source of this joy is in the Risen Christ, who frees men from the slavery of sin, and invites them to be with him a new creature, waiting for blessed eternity.” (St. John XXIII, 1959)

Easter is the “Feast of feasts” because it is the single greatest feast of the entire liturgical year and “fills the year with its brilliance.” (Catechism of the
Catholic Church, 1168) The 50 days from Easter Sunday to Pentecost are celebrated in joyful exultation as one great Easter season.

Catechumens receive three sacraments of initiation (Baptism, Eucharist and Confirmation) as they enter the Church during the Easter vigil, but all the faithful have the opportunity to strengthen their own sacramental life by renewing their baptismal promises during the Easter liturgy.

“In Western history it was the arrival of Christianity that brought the notion of the sacredness of each person into the world. In pre-Christian Rome, if for any reason a newborn baby was rejected by his or her father (this happened much more often with female babies), out the baby went to the forest for a quick end …. The whole crazy notion that each human life has inherent value – that human lives matter – was what inspired early Christians to set up orphanages, hospitals, and other institutions for the needy, the impaired, and the others who had always been treated with contempt by society.” [George McKenna, On Physical and Moral Plagues,
Human Life Review, Winter 2021] 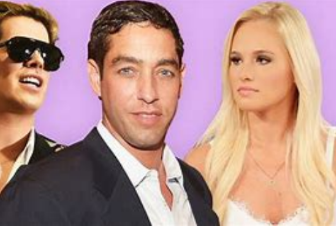 Starting April 2, the movie Roe v. Wade is available for streaming on both Amazon Prime and Apple TV. The film tells the untold conspiracy that led to one of the most famous and controversial court cases in history. Catholic League President Bill Donohue, an associate producer of the
movie, said: “As assaults on the right to life continue to mount across the country, it is important to understand how we got here.” In May, the film will be made available on DVD.

So far this year, religious groups and figures have been silenced by tech companies at a rate of about one a week. In February, the YouTube channel of LifeSiteNews, a popular religious news website, was permanently banned by Google which delisted all of its videos. The tech giant flagged LSN for a video of an American Catholic bishop criticizing vaccines developed with fetal cells. LSN’s editor said “our best guess is that the channel was taken down for our frank and factual discussion of the controversy around abortion-tainted medicines and vaccines.”

In December, Twitter blocked a post from the Daily Citizen, run by Focus on the Family, an evangelical Christian non-profit. It suspended its account for a tweet that respectfully challenged the underlying premise of transgenderism. Twitter made a similar move against Catholic World Report, though it later recanted. Ryan T. Anderson of the Ethics and Public Policy Center saw Amazon ban his book criticizing transgenderism, When Harry Became Sally.

Religious groups and individuals likely will face mounting threats from tech companies. Their views on marriage, sexuality, life and other moral issues are unpopular with tech elites. Some religious groups have fought back and have been reinstated. Religious groups should refuse to silence themselves or otherwise back down. Censorship is a symptom of a national collapse in civic culture. Curing the deeper disease will take all the courage and conviction we can muster. [Josh Holdenried, VP & Exec. Director, Napa Legal Institute, Wall Street Journal, 3/29/21]

According to Jessica Lahey, author of The Addiction Inoculation, adolescence is the second of two incredible periods of growth and maturation of the brain. From birth to age two and then puberty to the early to mid-20s. [Ed. Note: past issues of this newsletter have highlighted research regarding the benefits of moms staying home with their newborns for the first two years of life.] The environment has for better or worse a really big impact on the brain.

So teen use of stimulants really needs to be delayed. You not only protect their brain, you also lower a kid’s risk that they will develop a lifetime substance-use disorder. Ninety percent of those people report they started using drugs and alcohol before they were 18. Parents who are strict and say “Just say no” end up with healthier kids.

Risk factors that make it more likely that a teen will abuse alcohol or drugs include genetics (50% to 60% of the risk) plus: childhood violence in the home, death of a parent, separation and divorce. These affect a teen’s overall mental and physical health, including academic failure.

Parents are urged to model healthy behaviors themselves. If your 8th-grader says that everybody is drinking, tell them the truth: only 24% of young kids are doing so. But don’t wait for middle school. Have conversations about drugs and alcohol with your young children and repeat as they get older. [Andrea Petersen, Wall Street Journal, 3/23/21]

The Retrouvaille Program is for married couples facing difficult challenges in their relationship. The marriage program helps couples restore their marriage and rebuild a loving relationship. It is a Christian marriage program, Catholic in origin, where couples of all faiths or no faith background are encouraged to attend. Its major focus is to improve communication & help couples reconnect. Presenters are couples sharing their personal stories of marital struggles and the tools they used to rediscover their love. More information is available at its website. [www.helpourmarriage.org]

How do we view physically and cognitively challenged individuals? Hitler adopted a forced-sterilization program in the 1930s that morphed into euthanasia. More than 200,000 people deemed mentally & physically unfit to live were systematically murdered. To defend their actions, some Nazis at the Nuremberg trials quoted Supreme Court Justice Oliver Wendell Holmes’ statement justifying sterilization, “three generations of imbeciles are enough,” & the American government’s own sterilization programs. So, today, whom do we think is not fit to live? Our religious beliefs should be put forth to answer: everyone has human dignity that should be respected until natural death.

In 1994 my aunt had unsuccessful brain surgery and became terminally ill. My parents appreciated the compassionate hospice care provided to her by a local hospital. After several months, my aunt slipped into a coma. Our parish assistant pastor told us that because she had an irreversible condition, that she could be allowed to die. [Tim Donovan, letter to Our Sunday Visitor, 3/21/21]

This free monthly newsletter is used by dozens of churches as a bulletin insert, and has had over 30,000 readers. To receive a copy in your inbox, email Frank Tinari, Ph.D. at tinarifr@shu.edu